It is with heart breaking sadness that we announce the sudden passing of Paul Henning Olsen on Saturday, March 3, 2018. Beloved husband of Linda, much loved father of Peter (Jennifer), Jeffrey (Carol) and Diane (Roddy) and Papa to Mitchell, Dean, Evelyn, Cedric, Ava, Mia, Andrea and Nathan. He will now be reunited with his father Ejnar, mother Sofie and sisters Elsie and Inger in Eternal life.

Born March 8, 1944, Paul’s favourite memories of his childhood were the times he spent on his sister’s farm in Egypt, Ontario where he fell in love with agriculture.  Summers spent feeding the livestock and tending to the crops while during the school year part time jobs at his local pharmacy delivering on his bike and working in the kitchen at the fish and chip restaurant would provide a strong work ethic that he carried for his life.

In Grade 8 he met the love of his life, Linda, and they dated throughout high school until marrying at the tender age of 20. True partners in everything, they built a wonderful, adventurous life together, travelling the world, growing their family and building their business. Their love was one of deep passion and mutual respect for one another.

Paul founded Brookdale Treeland Nurseries in 1977, humbly starting his dream with a pick up truck, a shovel and a heart full of determination. Through many years of hard work and smart moves he built the company to be one of the largest growers in Canada with locations throughout the country. He inspired many young entrepreneurs within the industry to take risks and bet on themselves and became a founding member and President of both Landscape Ontario and Canadian Nursery Trades Association.

Community service was a critical part of his DNA and he served as a member of the Nobleton Lions Club for 50 years and as President for several terms.  Many lifelong friendships were built through this organization and everyone knew Paul could be counted on to run events and volunteer until his final day.  He and Linda were also members of the Nobleton United Church for many years and spent much of their free time helping out around the church and mentoring young people and serving those who needed help.  A man of principle, with unshakable values, Paul was also a very proud Canadian and would tell everyone who would listen that we live in the greatest county in the world.

If desired, memorial donations may be made to the Nobleton Lions Club or Nobleton United Church.

Condolences for the family may be offered at www.EganFuneralHome.com. 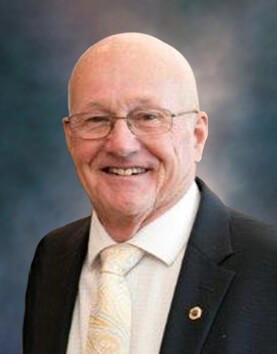